Is the market about to crash due to overvaluation? 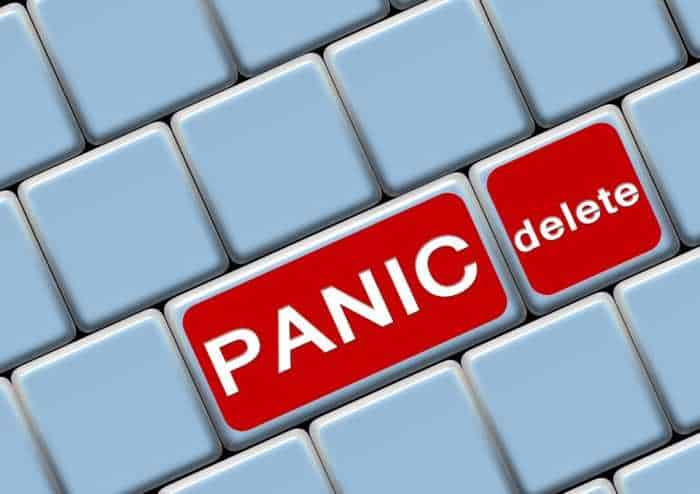 As part of my research work, I come across numerus websites that show (in a very convincing way) that the market is overvalued and over-priced.

I’m not going to argue if it’s true or not, because every noob trader knows that a price isn’t high or low, but it’s simply what all other traders agree on.

So when it’s an over-priced situation, just like we can see in this image for example:

Then everyone worry that we’re in a bubble.

The general feeling at the moment is more Greed than fear.

I do not know if we’re in a bubble or not, but to my impression we’re not there yet.

First, if we look at past crashes, we can see that each of them happened from a reason (Dot Com bubble in the 00′ and fin crash in 08′), in most cases the regulators closed any option for it to happen again.

Yes, we should except a crash in the future, and yes it will be because of a reason that yet been closed or discovered – but I don’t think it’s the case now.

Secondly, if we take into consideration the global pandemic (Corona virus) and the market’s reactions (starting in panic in March 20′ that resulted in drops, but just in few months got back to previous price and even exceeded it) – we can definitely see that there’s major confidence in the markets from traders’ and investors’ point of view.

What we should expect in the near future?

First we’re in all time’s high (or close to it) in many verticals and index prices.

I, personally, don’t like to trade on all time highs (or even a current time [weeks, months] high). It doesn’t mean it’s wrong, but due to regression towards the mean principle – statistically there’s more chance for price to drop than there’s to rise.

So the most likely event to happen in the next few months are price corrections.

Is student loans going to be the next market crash reason?

An example to a possible reason for market crash can be found in student loans.

As you can see in this image:

“In 2020, the amount of student loan debt that is delinquent or in default is almost equal to the size of the entire student loan market from only 17 years ago. How much longer can this chart increase? Federal student loans are not even cleared in bankruptcy, and so this escalating mountain of debt – including the delinquent/default debt – will carry on as a burden for much of the adult life of the borrower. This debt burden is already becoming a national crisis, and combined with economic downturn and high unemployment, we are setting up for generations of Americans to be trapped under a nearly inescapable mountain of debt, unable to build wealth.” (From currentmarketvaluation.com) 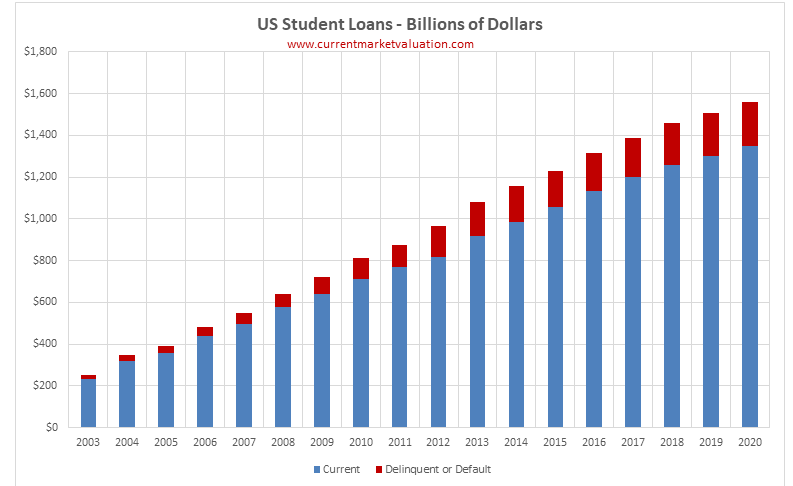 What the image and the quote are trying to show us is that many students (more than ever) are taking loans without being able to return it resulting in a struggling to keep his head above the water borrower.

My agenda is just the other way around:

The best thing that can happen in any economy is education, research, learning and sharing information, and more. This can only happen if someone isn’t worried about how he will feed himself or where will he sleep tonight. The economy in general and the individuals in particular need to be open for creativity, inspirations, and mainly – make mistakes and learn from them. For that reason I choose to look at the blue line (and not the red) and look at them as the future of the economy. Some of them are working, as you read these lines, on the next Facebook, next TikTok and the next Netflix and Tesla, and it’s good for the economy.

What is overvalued market anyways?

Overvalued and overpriced market appears when the full potential of the market is exceeded. This is not a real formula you can calculate as it’s mainly the average opinion of ALL players in the market.

But, since the global economy isn’t close to its full potential and more than 40% of the world’s population doesn’t have access to internet yet(!!). That’s billions of people with buying power that still isn’t in action.Yes, it will take many years for the vast majority of the population to have internet, but that’s also what’s exciting about it.

Another thing is, usually, you can spot overvaluation in hindsight.

Market might crash soon, and indicators all over the place are screaming overvalue, but the fact is no one can predict the future.

My personal predication is unless there’s a loophole we can’t still that is risking major parts of the market, we should expect to see mainly market corrections due the overpriced stocks and traders monetizing their gains. 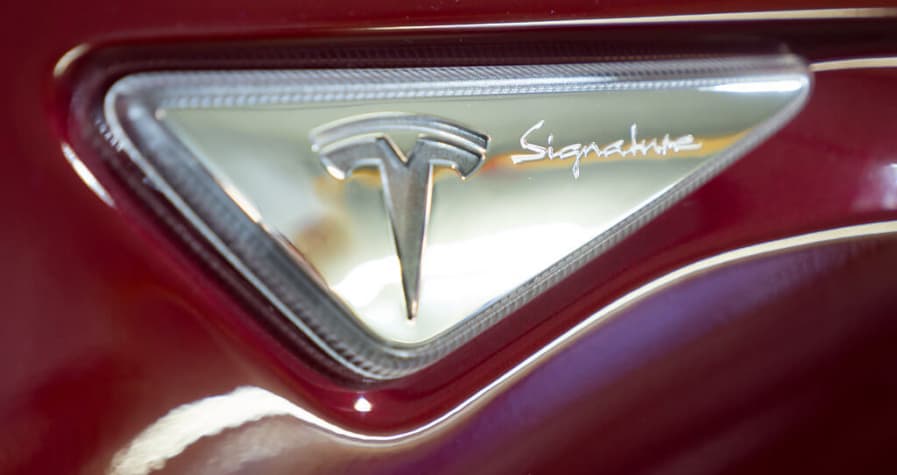 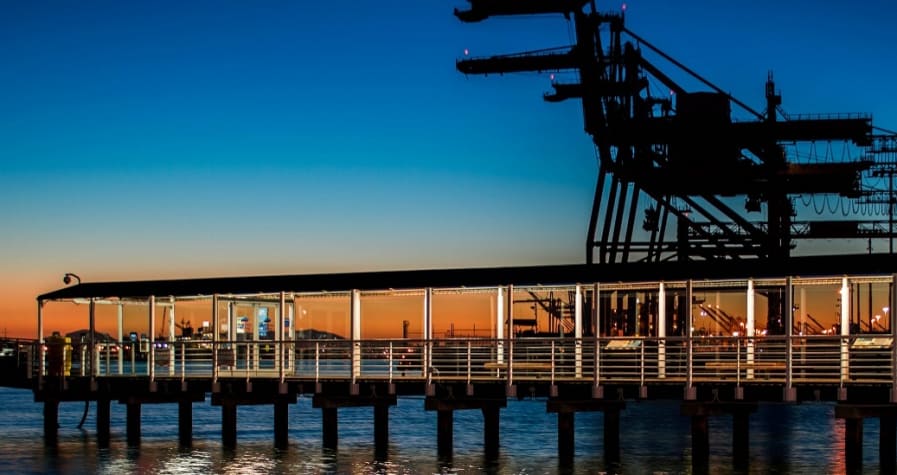