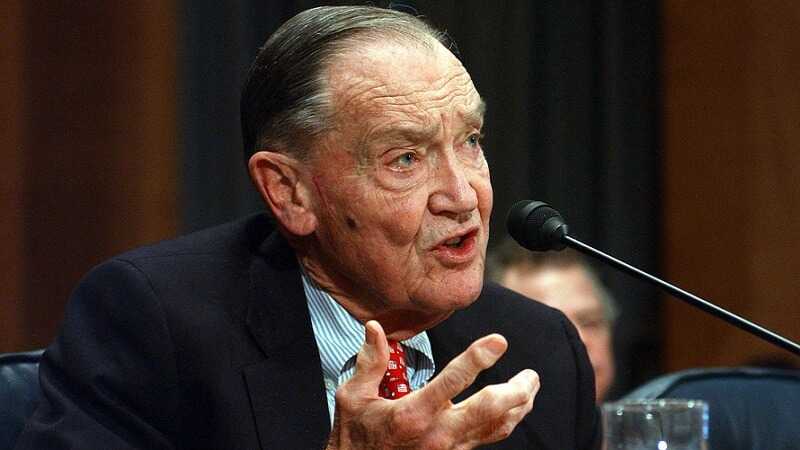 Who was John Bogle?

John C. Bogle, also is known as Jack, was born  May 8, 1929, in Montclair, New Jersey. Also, known as one of the Bogle Boys. He had twin brother David Caldwell and older brother William Yates III called Bud. John Bogle studied at Princeton University and in 1951 got a degree in economics. But he didn’t stop his education road. He attended evening and weekend courses at the University of Pennsylvania.

After graduating his main interests were banking and investments. Bogle got a job at Wellington Fund. He worked in administration, marketing and distribution, securities analysis, and shareholder relations. Thanks to his knowledge he climbed very fast in the company’s hierarchy. He became an assistant manager in 1955.

That was a wonderful opportunity for such an analytical mind. He got full access to examine the company and the investment activity. He was ambitious. John Bogle had the initiative. He wanted more and better. Jack Bogle wanted a new fund. And finally, Wellington management changed its strategy of focusing on a single fund. That was Bogle’s first victory and the turning point in his work.

In 1964, by age 35, John Bogle became a CEO, and six years later a chairman of Wellington in 1970. He managed this company with a strong hand. Also, many of his associates claimed that he was rigid.  What was all that about?

Bogle insisted the firm diversify its product list in 1958 with the introduction of the all-equity Windsor Fund. He was an innovator. The other innovations followed this one.

But be patient, this is a tale about one of the most brilliant minds among investors.  He made a revolution creating the world’s first index mutual fund in 1975. Also, this man changed investing eternally with index funds. He invented the index fund as a form for retail investors in order to provide them to be able to participate in the market with the professionals.

What did John Bogle uncover?

John Bogle uncovered a system for retail investors to approach the market but at a much cheaper cost than the mutual fund. And, you know, if you want something to be done and have a vision and you know that other people can’t see the same goals as you, and you know that they are wrong or tiny-minded, you must be rigid. Especially if you want to succeed. That’s how John Bogle became the titan of low-cost investing.

Bogle was strongly competing from his early days. His battle-fields were all, tennis yards (what a strong drop shot he had) or crossword puzzles or business and markets. His habit was to complete crosswords from the New York Times in ink and later compared his time needed to finish to his children and brothers.

That is a competitive temper! But we have to stay on the course! Bogle’s career had ups and downs. Not a lot of downs, but important to be mentioned. So, the asset management wonder-man made a crucial slip. He approved merger Wellington with Thorndike, Doran, Paine & Lewis. It was an offensive mutual fund company from Boston. Institutional Investor magazine named this new energetic crew of five young managers “The Whiz Kids.”

In 1974, the bull run was over. The bear market of 1973-74 led to bad achievement for Wellington’s funds. The merger was characterized as extremely unwise and was approved by Bogle himself. It caused conflicts between the associates.

John Bogle was fired from Wellington.

Later, he rated it as his biggest mistake, stating, “The great thing about that mistake, which was shameful and inexcusable and a reflection of immaturity and confidence beyond what the facts justified, was that I learned a lot.”  Also, he called it “the most heartbreaking moment” of his career.

He was 44, six children. Bogle was out of a job and sick, he had a weak heart. The doctors had told him he had a few years living and advised him to retire to the seaside. He didn’t accept that. But still, he was chairman of 11 Wellington’s funds and he used them to build Vanguard, a new branch concentrated on Wellington fund management.

When did The Vanguard Group start?

The Vanguard Group started services on May 1, 1975. With $1.8 billion in assets and staff of less than 50. Bogle gave this name to the new mutual company in memory to Lord Nelson’s flagship and the famous British victory against Napoleon’s fleet at the Battle of the Nile in 1798.

Bogle later said he “wanted to send a message … that our Vanguard would be, as the dictionary says, ‘the leader in a new trend.’ “

“Our challenge at the time,” Mr. Bogle evoked, “was to build, out of the ashes of major corporate conflict, a new and better way of running a mutual fund complex. ‘The Vanguard Experiment’ was designed to prove that mutual funds could operate independently, and do so in a manner that would directly benefit their shareholders.”

When the first retail index fund was created?

It was 1976 when the first retail index fund was created. Very soon, it bought every stock in the S&P 500 index and established the market’s average return. The result was totally sales droop. Only a small number of investors wanted a guaranteed average.  Everyone like highs. Big returns, great profits!

Bogle had a lot of critics. It took time for the strategy to be adopted and recognized as a revolutionary type of investing.  For the past 5 decades, academics have been discussing the “Efficient Market Hypothesis.” In its most radical mode, EMH states that you might select stocks with a dartboard because they are reasonably priced.

Wall Street responded with what they call “pockets of inefficiency.” Bogle, intelligently, gave up the discussion. His point was that you don’t have to believe the EMH. You just can see things his way, he said.

Bogle believed in what he called the CMH: the Cost Matters Hypothesis. To beat the market you need money.

Vanguard’s first index fund was taunted as an “a sure path to mediocrity,” according to the firm. The index fund makes up 70% of Vanguard’s $5.1 trillion in assets today. He was a great proponent of the mutual fund as an investment vehicle,  but at the same time, Bogle was the mutual fund industry’s severe critic.

What did John Bogle criticize?

John Bogle criticized high costs, dishonest advertising, and product conception during his whole career. His radical ideas secured him a reputation as “the conscience of the industry.”

“If a statue is ever erected to honor the person who has done the most for American investors, the hands-down choice should be Jack Bogle,” said Warren Buffett.

Bogle hadn’t been delighted with the form the market adopted his idea. After Bogle’s death on January 2019, Jeff Cox wrote for CNBC:

“When he put together the First Index Investment Trust, it was a mutual fund, which prices at the end of the day and cannot be traded during normal market hours. What has happened to passive investing since has been quite a big difference.” Almost half of the passive field is filled by ETFs now.

They offer lower fees than most mutual funds. Investors are able to trade them through the day. That ability makes them subject to the impulses of the market’s liquidity matters.

He hated it so much that he called people who deal in ETFs “fruitcakes, nut cases and the lunatic fringe.” Bogle wanted to explain his opinion about this issue in his final book, “Stay the Course, The Story of Vanguard and the Index Revolution” (Wiley, 2018).

He claimed that ETFs are principally the sphere of speculators with  the “rapid trading” in ETFs “done by financial institutions that use them to hedge or equitize cash reserves.” “The arithmetic suggests that only about one-sixth of ETF assets are held by investors with a focus largely on the long-term,” Bogle wrote in his book.

Well, his conclusion at the end of that chapter in the book is that he can support the funds as long as they are wide-based and not used for speculation.

Bogle as a public speaker

Jack Bogle was a pleasant and internationally desired speaker. He would spend hours writing and rewriting his notes. His speeches to the Vanguard crew were legendary. You can read them in his book “Character Counts: The Creation and Building of The Vanguard Group.”

Also, he was a philanthropist, from organ donation to the National Constitution Center. With his brothers, he established “Bogle Brothers Scholarships” at their former college they also attended Blair Academy and Princeton University.

Bogle was a frequent commentator on the financial markets for media, giving advice to individual investors. He wrote 12 books. His best-selling is Bogle on Mutual Funds (1994). About this book, Warren Buffett said it is “the definitive book on mutual funds.”

His last book “Stay the Course: The Story of Vanguard and the Index Revolution” was published in 2018. Bogle suffered many heart attacks. He had a heart transplant on February 21, 1996. Eight weeks later, he was back at work in his Valley Forge office and received a Fund Leader of the Year award.

Incredible and fascinating story, don’t you think! It is impressive how he managed to stay alone with his ideas while everyone was against him. Even his health. But Bogle had self-confidence and strongly believing in his ideas.

That power, that strength to continue despite the opponents, to create something completely new is impressive. He was a real revolutionary.

You have to admire it.

Containing the full system rules and unique cash-making strategies. You'll be surprised to see what indicators are being used and what is the master tuning for successful trades. Including case-studies and images.
index fund Jack Bogle John Bogle low-cost investing Vanguard Group Wellington Fund 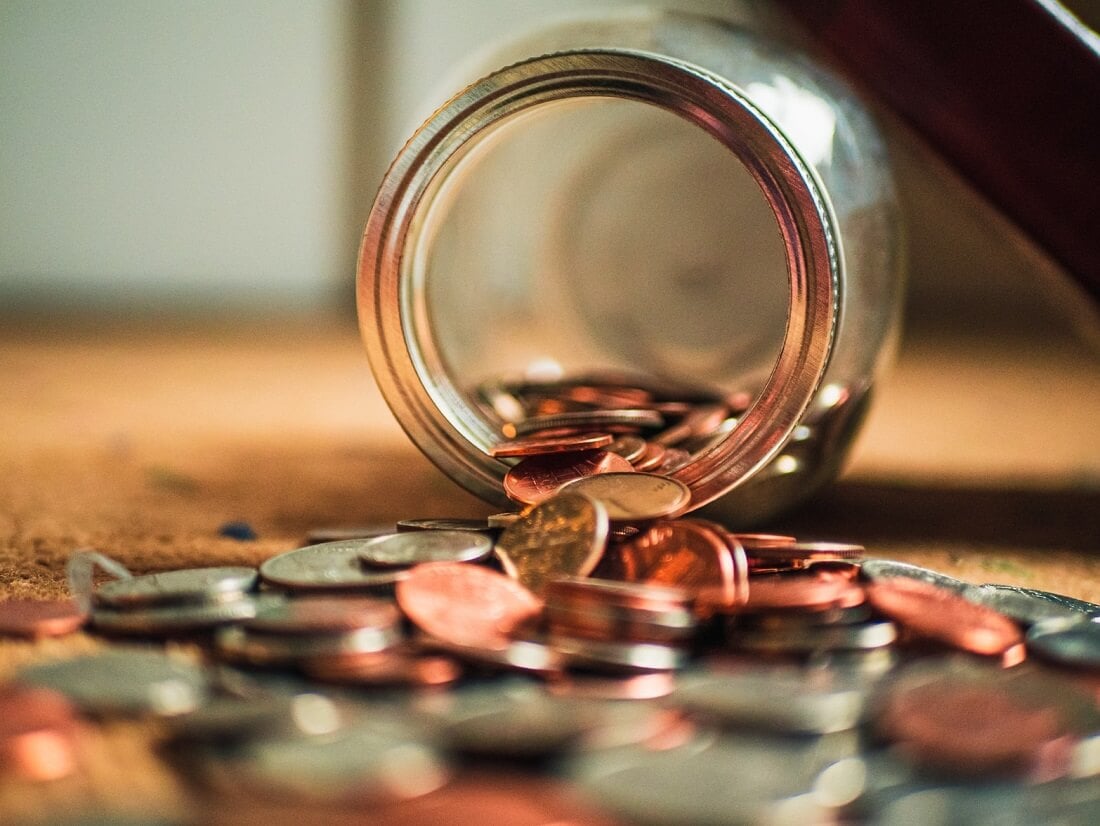 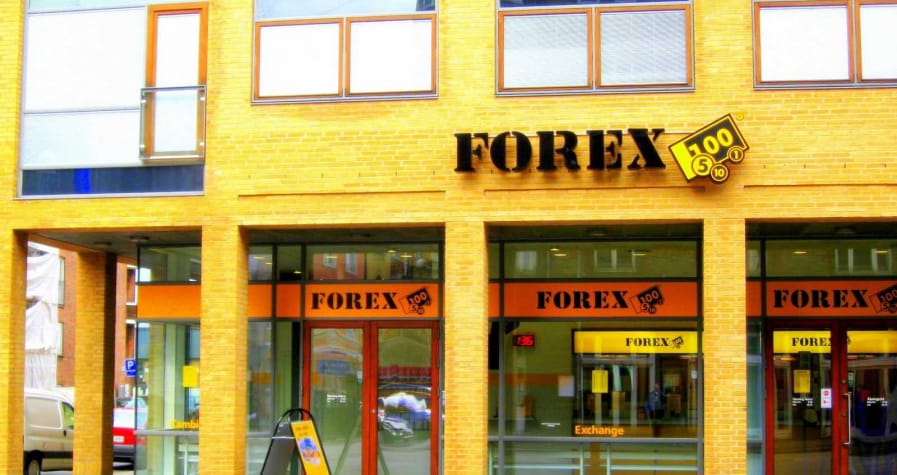 What is the Forex Market? 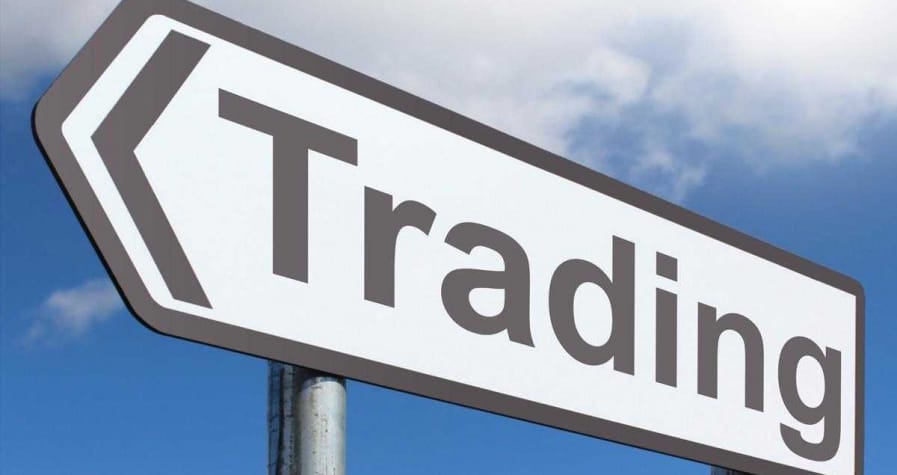