How To Identify The Morning Star Pattern? 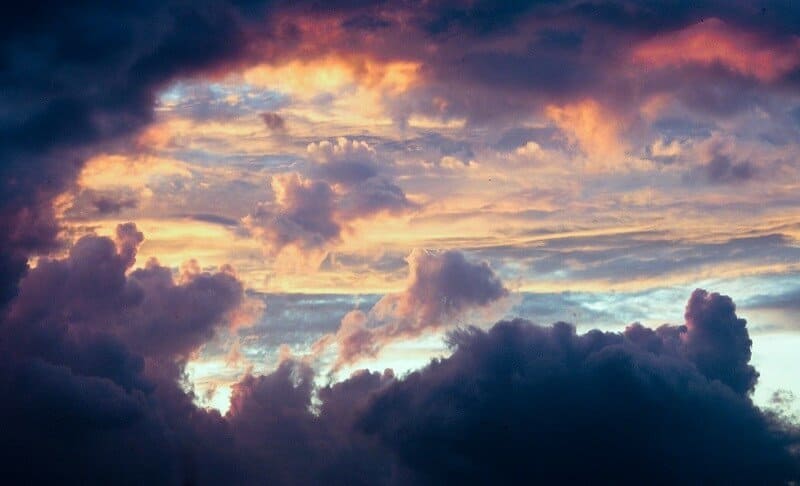 This pattern will always tell you that something good is on its way. Bullish traders will always look for this pattern because a great reversal may occur.

The advantage of Japanese candlestick patterns is that even one candle has the whole story but when they are arranged together, you’ll have the novel. In terms of trading stocks, you’ll have the pattern that will tell you when your stock is going to breakout or breakdown. What is more important, when using the Morning Star pattern, you’ll know everything about the emotions of traders. For example, if you see long-legged candlestick, you’ll know that there was a hard battle among bulls and bears but without progress or change. At the end of the trading day, they are both pushed to the starting levels.

Therefore, understanding of candlesticks and their purposes is essential.

What is a Morning Star pattern? 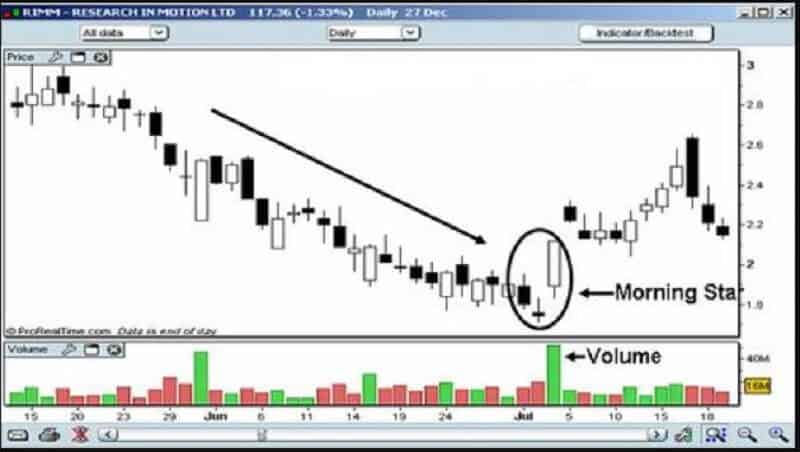 We’ll need three trading days to be sure the Morning Star pattern appears. As we said earlier, this pattern is bullish but the first candlestick is large and bearish. That is due to the current trend and the first candle is in harmony with the trend. The second candle you’ll recognize when you see a small real body. It is a doji. This doji reveals hesitation and it’s followed by the third candlestick which is bullish. This third candle should be a large bullish one (the charts aren’t perfect, so how big is this third one, doesn’t really matter at this moment), so it tells us the bulls are coming back. They want to take over.

So, the first day the bears have absolute control. The candlestick from the next day will tell us that there was a battle between bears and bulls and one of them is in control but yet it isn’t known which one. That’s something that doji tells. Still, we don’t know who is the winner so we have to look on the second day as on the day of indecision. We’ll understand who has a control on the third day when the bulls actually are knocking down the bears and winning the battle. So, the new direction on the stock price is starting. The price reversal is here.

How strong is the reversal?

Well, we have to consider several signs to be able to conclude that.

The longer the candles, the higher reversal. Further, the reversal will be higher if there is any gap on both sides of the middle candlestick of the Morning Star pattern.

The appearance of the start is the first sign of bears’ weakness. They are not strong enough to push the price lower than the closing price on the prior day. The third candle will confirm their weakness. This third candle has to be lighter in color. Actually, the middle candle can be red or green or black or white because the bulls and bears are going to balance out across the session.) in the charts and pierces into the body of the candle from the first day.

Also, if there is a gap between the first and second days. Here we came to the size of the third candle. If this candle is higher than the candle from the first day, that means the greater the bullish takeover.

How to trade Morning Star Pattern?

We already said the Morning star pattern is a sign for the start of a trend reversal. From bearish to bullish. Well, you have technical indicators on disposal that may help you to unveil the Morning Star is going to form. For example, when the price is nearing a support zone. The other indicator could be when RSI confirms that the stock is oversold.

Also, pay attention to the volume. It can be a great contributor to the forming of this pattern. When the volume increases during the three trading days and on the third day it’s the highest that’s the confirmation of the Morning Star pattern followed by the reversal.

You should take up a bullish position in the stock when the Morning Star forms. Then, ride the uptrend until there is an indication of an added reversal. So, it’s important to notice when the first falling bearish candlestick is going to form. Further, monitor for the second smaller candlestick which is spinning top or doji, as we explained above. Plan your stop now. When the third candlestick is formed it is a bullish one, wait until it breaks above the third and take a long position. If you go long, set your stop below the bottom of the last candlestick. Some traders would wait until the price drops below the third candlestick and then enter a short position and set a stop above that candle.

This pattern is a bullish reversal pattern. That means that buyers (bulls) take control of the sellers (bears) and push the price in the opposite direction.
Trading completely on visual patterns can be a risky plan. The Morning Star pattern is best when it is supported by volume and a support level, as the back indicators. It isn’t hard to notice this pattern. It will appear whenever a small candle occurs in a downtrend.
Whatever the candlestick pattern you use, you have to understand that there are many variations of it and on it. But one thing is sure, the Morning Star is a bullish reversal pattern that tells us that some good things are going to come. 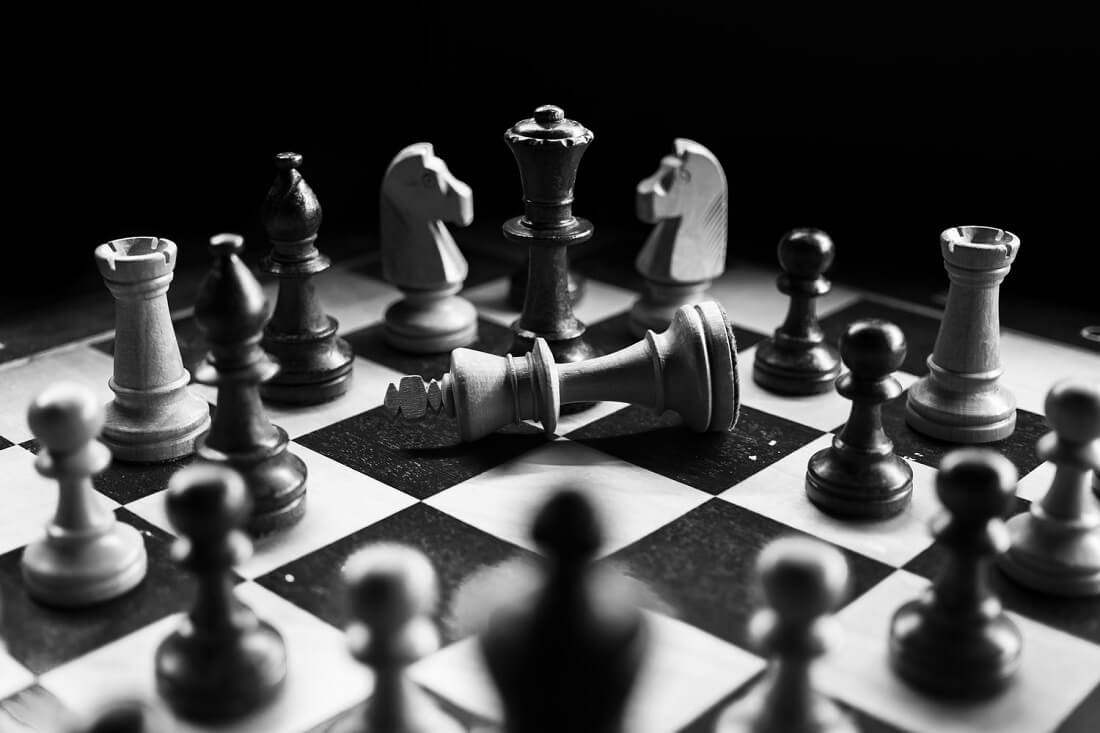 Most Traders Fail When Trading Stocks, Why? 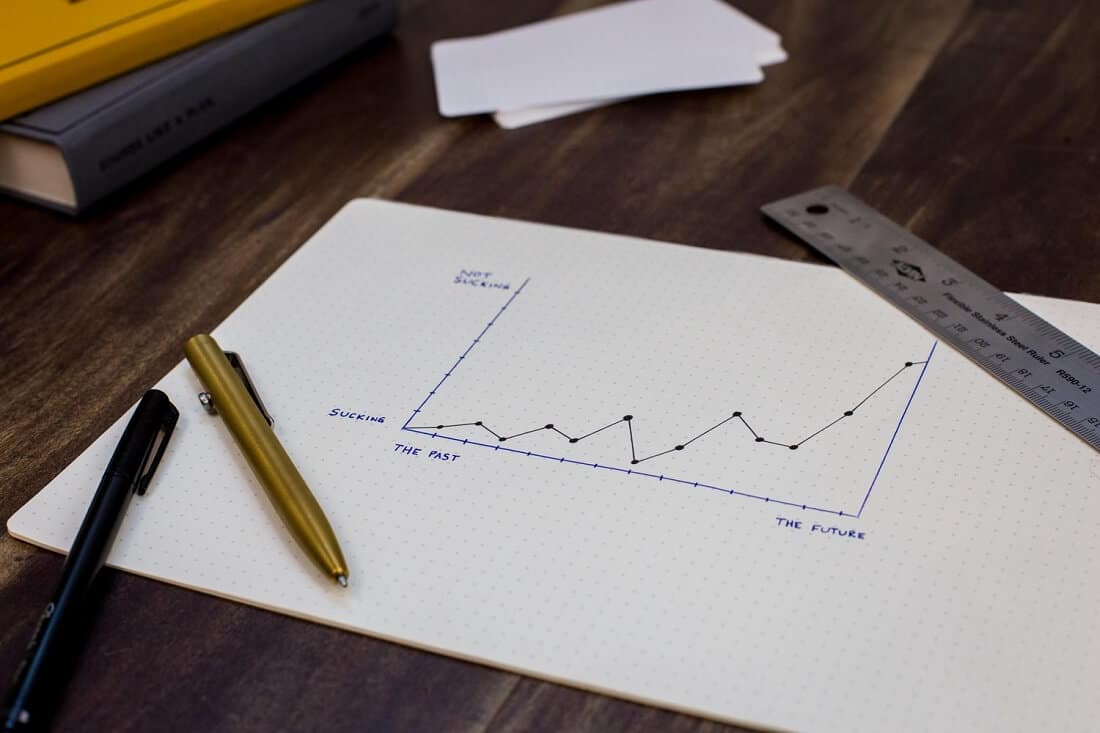 How To Read Stock Charts?

How to predict movement in the Forex market? 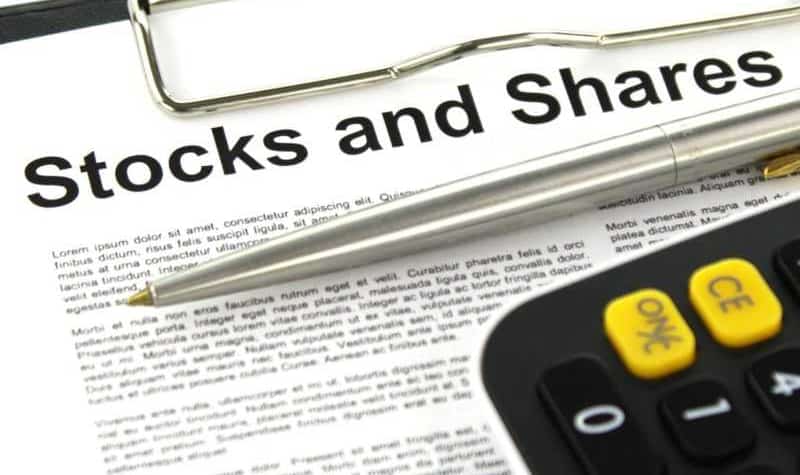