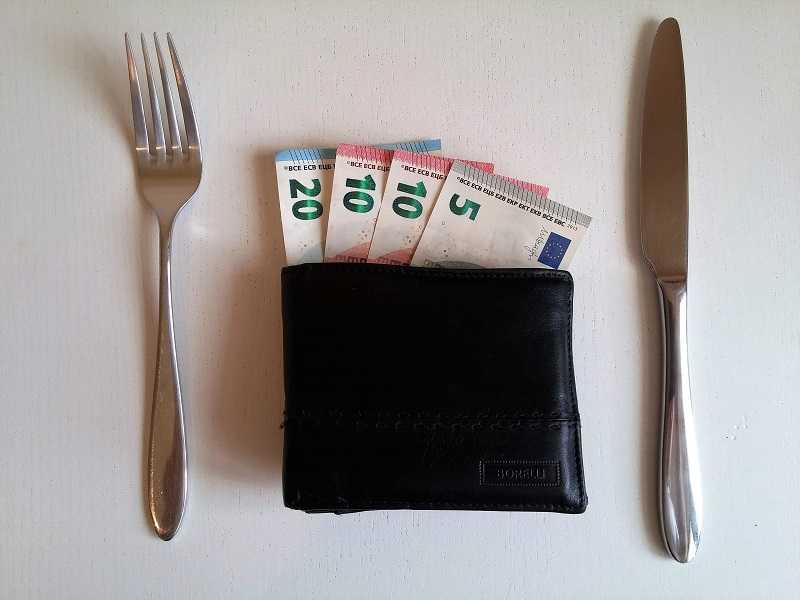 A currency carry trade is a popular technique among currency traders.

It is when a trader borrows a currency at a low-interest rate to fund the purchase of another currency earning a higher interest rate.

In the forex market, currencies are traded in pairs, as you already know. For example, when you buy USD/GBP you are actually buying the U.S. dollar and selling Great Britain pound at the same time.

In the forex market, interest payments occur every trading day based on your position.

Actually, all positions are closed at the end of the day in the forex market. But you don’t see it happen if you hold a position to the next day.

Brokers just close and reopen your position. Then they credit or debit you the overnight interest rate differential between the currencies.

This is the cost of “carrying” a position to the next day.

The amount of leverage makes the carry trade very popular.

Most forex trading is margin based. That means you have to place a small amount of the position and your broker will place the rest. Majority of brokers requires as little as 1% or 2% of a position.

And, of course, profiting from the difference.

For example, the popular carry trade is borrowing funds in Japanese yen and investing it in U.S. dollars.

How does currency carry trade work

Currency markets offer investors access to an asset class that is highly liquid and has the potential for gaining risk-adjusted returns. It, also, can show some similarity to traditional investments in a diversified portfolio.

The main goal in currency markets is to capture the gain of interest rate differentials between currencies, known as ‘the carry’.
The short-term interest rates can vary significantly across countries because of their different policy objectives. The macroeconomic imbalances have the influence too. 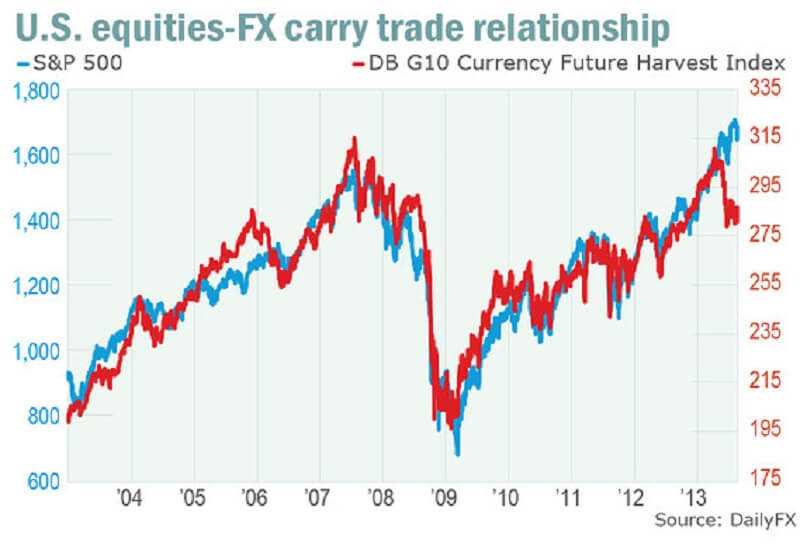 However, exchange rates move in the expected direction, but not enough to offset the carry. This means that a positive return can be expected.

The inefficiency of the markets offers investors the opportunity to gain from exchange rate movements in addition to benefiting from the carry.

The profit or loss from a positive carry trade can be calculated:

In simple words, the traders pay a low-interest rate on the borrowed/sold currency, they simultaneously collect higher interest rates on the currency that they bought.

The interest rate differential between the two currencies is profit.

Currency carry trade gives traders a choice to “buy low and sell high”. Most forex “carry” trades involve currency pairs such as the NZD/JPY and AUD/JPY because of the high-interest rate spreads.

In addition to trading gains, currency carry trade gives you also interest earnings. Carry trading also lets you make use of leverage to trade assets you would not differently be able to yield.

The daily interest paid on the currency carry trade is based on the leveraged amount. That can make for enormous profits from an inexpensive outlay. 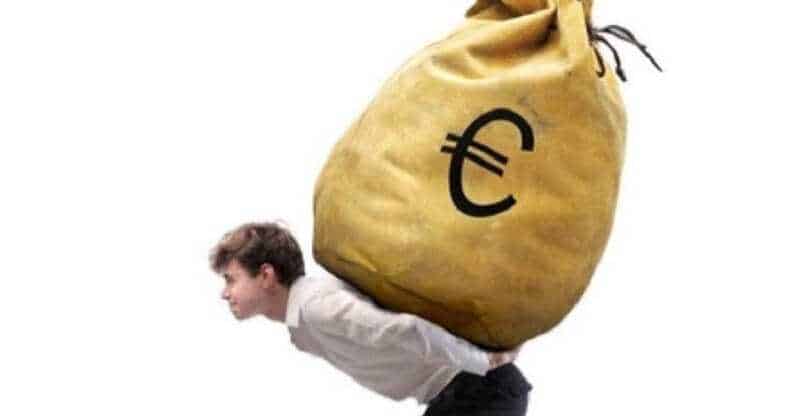 Still, currency carry trading brings significant risk. This comes due to the uncertainty in exchange rates.

If a trader fails to hedge their position appropriately, high levels of leverage employed in carry trades could result in large losses. This means that even small movements in exchange rates may cause losses.

So, we can say, currency carry trading is a good option for traders with a high-risk desire.

The currency carry trade,  is potentially profitable, but gives a decent amount of risk.

Why is this? This is because the best currencies for this kind of trading are some of the most volatile.

Every single market sentiment among traders in the currency market can have a hard impact on “carry pair” currencies. Without sufficient risk management, a trader’s account can be wiped out by a cruel twist.

Currency carry trade has the potential to be very profitable over the long term if precisely managed. It can be a constant stream of income. Also, it can mitigate you from the negative effects of exchange rate movements.

Containing the full system rules and unique cash-making strategies. You'll be surprised to see what indicators are being used and what is the master tuning for successful trades. Including case-studies and images.
Carry trade currency carry trade currency pairs 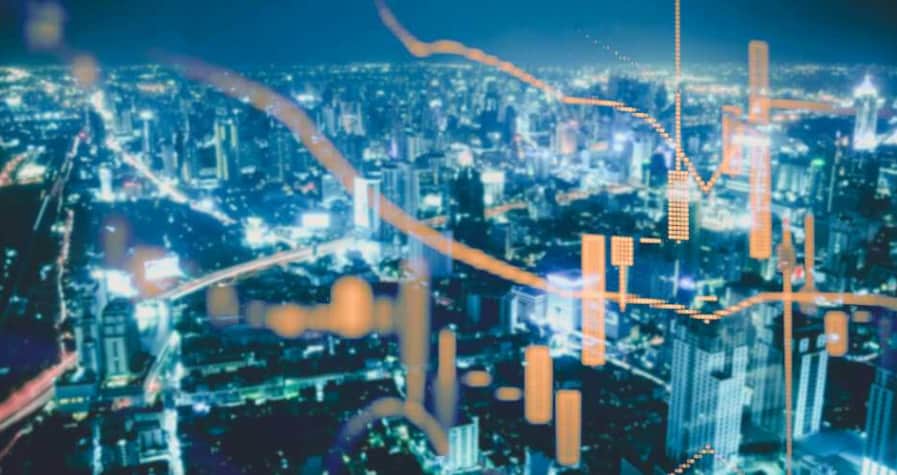 Forex Trading – What Are You Really Selling or Buying? 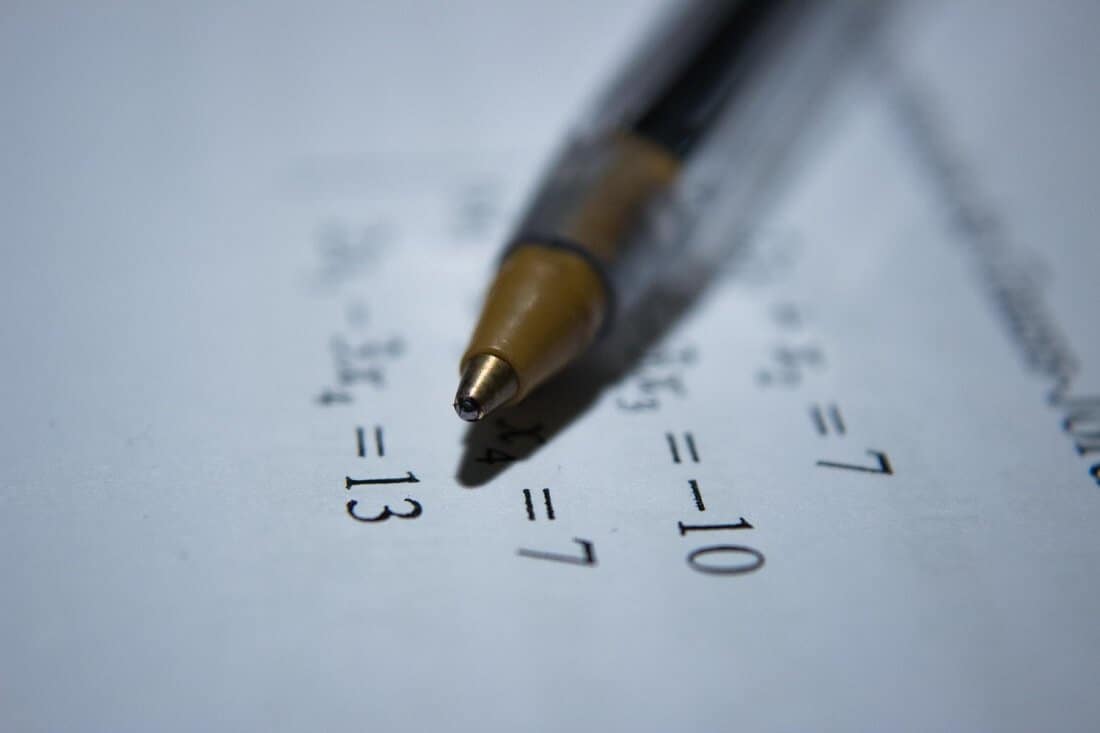 Difference Between CUSIP And ISIN Codes 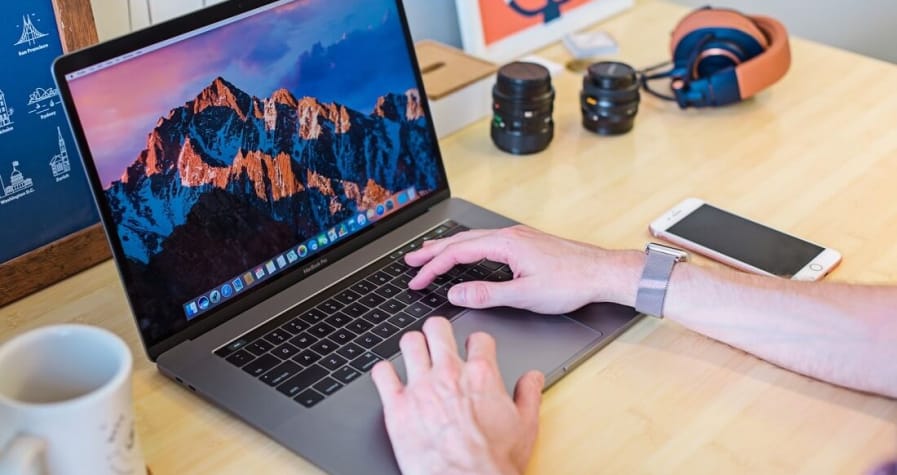 Microcap Stocks – Recognize The Risks And Get The Rewards 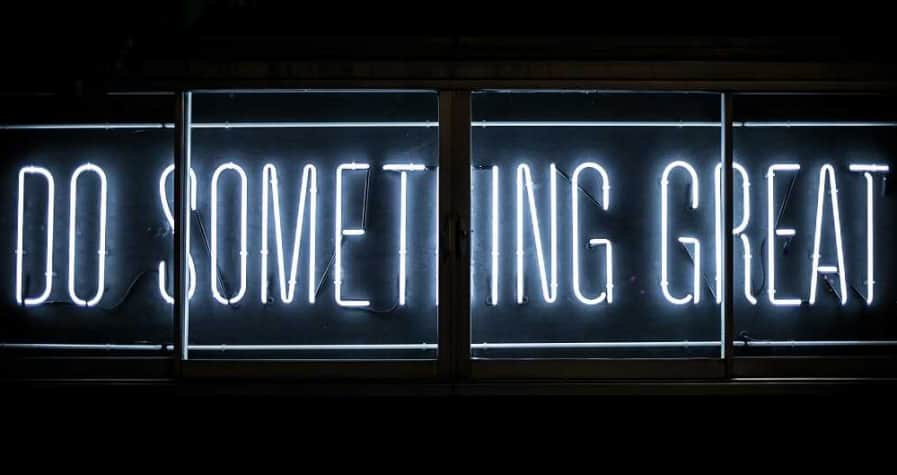 Benjamin Graham – The greatest investor in the history