Bitcoin is by design unsafe and almost fraudulent in nature 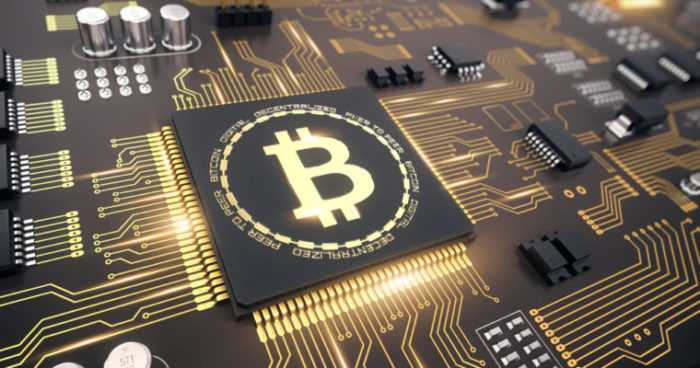 Since, yet un-identified, Satoshi Nakamoto published the bitcoin white paper, back in 2008 his brain-child has traveled the road of both successes and tribulations. From the all-time high price of $19,666 to being singled out as a vehicle for the expansion of criminal empires.

But why is that? Why Bitcoin’s price so volatile?

Through all that time it has attracted both adulations of proponents and critique of detractors.

The ups of bitcoin have been high and fuelled the growth of wealth of the number of investors. But its lows and flaws have been such that they seem like a deal-breaker for many.

Before you commit your money to an investment, you must as a rule of thumb first investigate what is the thing they are pouring their money in.

One bitcoin is in simplest terms an encrypted part of the list of all ownership changes of all bitcoins in circulation.

Bitcoin has no intrinsic value

The proponents of it claim that it is nothing similar to fiat currencies.

But it has no intrinsic value to draw. It functions as a store of value from the consensus of its user. That is one of three defining characteristics of fiat currencies.

In other words, the bitcoin is currency only because miners accept it as payment for encrypting the transactions. Same as the US dollar is the currency of the USA because the US Treasury and IRS will accept only dollars as payment of taxes.

This point of contention is the obvious example of myopic attitudes of its proponents.

They often make outlandish claims that it could cure all ills and ailments of modern civilization. From hunger in Southeast Asia to predatory practices of large financial institutions in North America.

The reality of bitcoin is much less rosy. In truth, it just exacerbates some of the worst economic inequalities which are plaguing human civilizations for ages.

In other words – Bitcoin doesn’t have real value, but we do know that it’s worth more than $0. That’s why you shouldn’t invest in bitcoin.

The first obvious problem with bitcoin

As time passes the difficulty rate of mining is going evermore up. It becomes more and more expensive to enter the mining game for your average Joe.

Because the availability of bitcoin supply is finite, this also spells ever-growing price of bitcoins. That is certain to price-out your same average Joe from investing in trade of it.

Thus, as a source of income and wealth, bitcoin has become inaccessible to anyone but the rich and powerful.

Many critics, such as Paul Krugman, compare it with the reimplementation of the gold standard because of finite supply.

First, gold is also used in many industries and medicine. Thus, in case of a market crash, it can still be sold for a certain price as raw material. 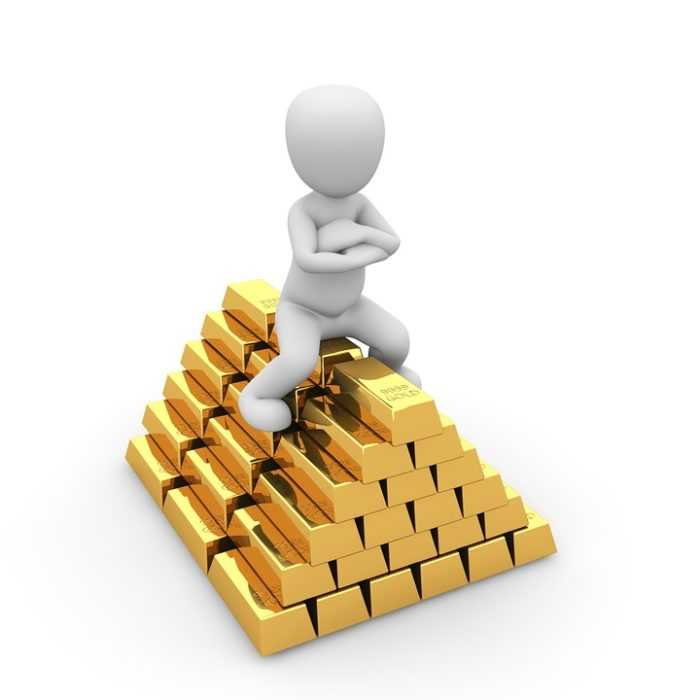 Second, if investing in gold mining, i.e. mining equipment, such investment, in the case of depletion of gold deposits, could be repurposed for other activities.

On the other hand bitcoin mining equipment, due to technological advancements, becomes obsolete in two-year cycles. Hence, it can become thousands of dollars paid for a paperweight.

Do you remember the incidents since 2013, when a single person managed to manipulate the price to rise from $150 to almost $1,000? And many subsequent price manipulation?

That showed that the price can be easily inflated leading to financial losses to many and gains for few.

After the bitcoin crash from its peak, many economists have spoken loudly about the speculative nature of it.

Some even went as far as saying that scammers and charlatans had exploited retail investors’ fear of missing out. That combined with a relative lack of knowledge about cryptocurrencies to fuel the bubble and scam the investors.

Proponents of Bitcoin point out that it is anonymous and not controlled by any central body.

But these are not features, but built in bugs. Because there is no central authority which governs the authentication of ownership, bitcoin is not only susceptible to theft and fraud, such as the infamous Mt Gox case.

But also to hacking attacks, such as the recent 51-percent attack on Ethereum Cash which resulted in many exchanges blocking it for trade and theft of around $450,000 from legitimate owners.

If one individual or group of miners has control of more than half the mining capacity, they can rewrite the whole ledger of historical transactions of bitcoins, the blockchain. And hence, very quickly become owners of any bitcoin currently in circulation.

Does it mean that actually, we are investing in their wealth instead of in our own? This can be a very strong reason why you shouldn’t invest in bitcoin.

Though this scenario is very unlikely in the case of bitcoin, it is not impossible.

Only the willingness of people to pay for it defines both the highest and lowest price of bitcoin. Also, there are the aggressive efforts of its proponents to advertise it as the cure for all the ills. That’s why many notable economists have gone as far to call it affinity fraud and that is for some people the reason why you shouldn’t invest in bitcoin. 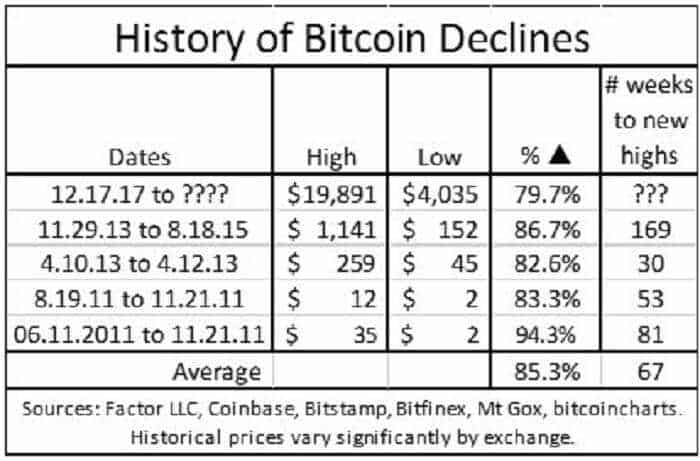 And any potential investor needs to be wary of how much growth of bitcoin price is fuelled by news of its growth.

And the fact that cryptocurrency related exchange traded funds has the highest industry-wide premiums and expenses ratios.

For the end, it must be noted that many proponents falsely proclaim that bitcoin is the solution for the alleged problem of evil central banks steals money from people by debt creation and similar ways.

In reality, because of the non-existent central regulatory body, bitcoins are by design unsafe and almost fraudulent in nature.

Because they are assets similar to currency, it is almost impossible to distinguish them from reimplementation of the gold standard.

And the fact is that techniques of financial and cryptographic attacks do not get less, but more effective with time.

In essence, Bitcoin is taking the financial system some hundred and fifty years back in time while removing all regulatory protections that were evolved in that time.

It was a division of such regulatory protections in a Red Queen’s race of a sort, with equal overall gains but very small relative ones.

Some say that only automatic trading software (like this) can trade successfully in the Bitcoin industry, and it’s only for a limited time.

So without them, any investor is absolutely at mercy of very wealthy and unscrupulous actors, who historically had a tendency to both manipulate bitcoin price and even outright steal them. Do you need a stronger reason why you shouldn’t invest in bitcoin?

Containing the full system rules and unique cash-making strategies. You'll be surprised to see what indicators are being used and what is the master tuning for successful trades. Including case-studies and images.
bitcoin investment trading bitcoin

The Stock Price Pattern How To Identify It 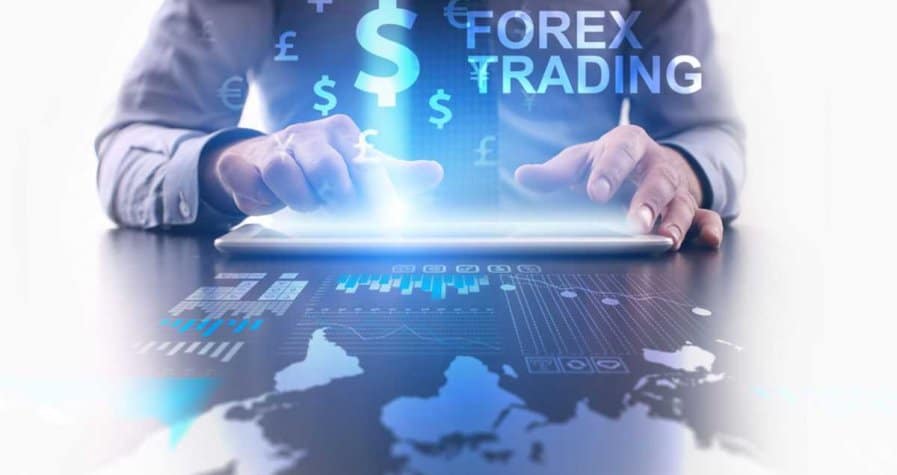 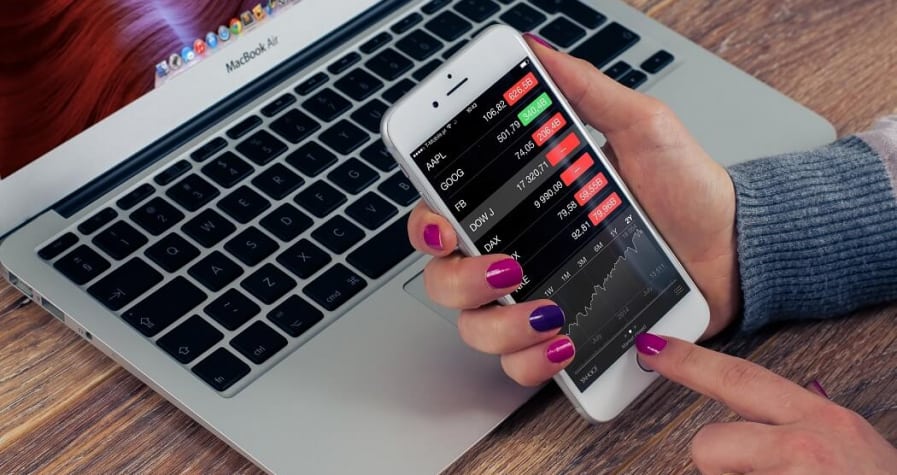 The Questions You Want to Ask Your Broker about Start Trading 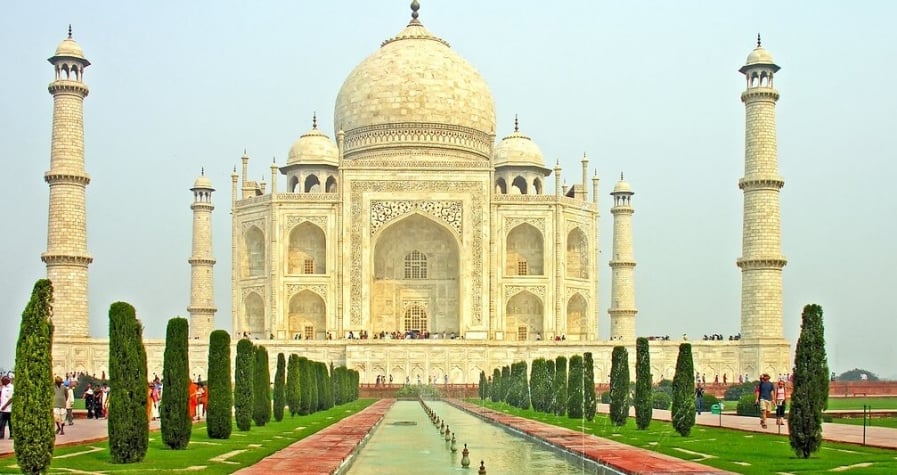