Investing in long-established companies can be a profitable decision.

Investing in blue chip stocks may have a reputation for being boring and even a bit outdated. But think again, is it an accident that they are preferred by wealthy investors and rock-solid financial institutions?

Anyone would like a part in businesses they understand and that have a demonstrated record of extreme profitability. The blue chips certainly goes along with this description. According to generations of investors, blue-chip stocks have brought money for owners. For the one wise enough to hang on them through good times and bad times, inflation and deflation.

And it is well known. The blue chips stocks are always there. They represent companies which are the core of the global business. The firms with the past, with the history. Their products and services are present in nearly every part of our lives.

So, why they are almost entirely ignored by smaller, poorer investors? But, at the same time, the blue-chip stocks have been supreme in the investment portfolios of retirees, non-profit foundations. Also in the portfolios of the top 1 percent of the capitalist class.

This puzzle gives the greatest example, a spectacular glance into the problem of investment management.

Even more, it requires some discussion of behavioral economics.

Blue chip stocks don’t belong exclusively to the world of retirees and insurance companies. Here’s why.

What is a blue chip stock?

First of all,  the blue-chip stock is a nickname. It describes the common stock of a company that has several quantitative and qualitative characteristics. The term “blue chip stock” comes from the card game, poker. You know that the highest and most valuable playing chip color in poker is blue.

But there is no universal compliance on what, precisely, makes up a blue-chip stock. Hence, there are always individual exceptions to one or more rules. But generally speaking blue-chip stocks/companies have several common characteristics.

They are not new, they have history and profitability. They have official data of stable earning power over several decades.

Also, they have long data of continuous dividend payments to stockholders.

They reward shareholders by growing the dividend at a rate equal to or substantially more than the rate of inflation. So, the owner’s income is increasing at least every twelve months even if shareholder never buys another share.

Such companies have high returns on capital.

They have a solid balance sheet and income statement. Especially when measured by the interest coverage ratio and the geographic and product line diversity of the cash flows.

That kind of companies repurchases stock when the share price is attractive relative to owner earnings.

They are larger than the classic corporation. Measured by both stock market capitalization and enterprise value, they are among the largest concerns in the world.

It is difficult to unseat market share from them. Sometimes, it comes in the form of a cost advantage achieved through economies of scale, or a franchise value in the mind of the consumer, or ownership of strategically important assets such as choice oil fields.

See how the price of oil per barrel grew and why it was smart to buy these stocks.

That giant companies issue bonds that are considered investment grade with the best of the best being Triple-A rated.

Well, one of the reasons wealthy investors prefer blue-chip stocks is because they tend to compound at acceptable rates of return. It is typically between 8% and 12% with dividends reinvested.

To say that, holding blue-chip stocks isn’t smooth by any means. They may drop of 50% or more during the period of several years. But over time, the profits performs its extraordinary power.

Even when they paid high prices for the ”Nifty Fifty”, 30 years later, investors beat the stock market indices despite several of the firms on the list going bankrupt.

By holding the stock directly, the wealthy can pass them to their children using something known as the stepped-up basis loophole.

One of the most incredible, traditional benefits available to reward investors is that all of the deferred capital gains taxes that would have been owed are forgiven.

For example, if the investor, your mother or father at the same time, vested $500,000 worth of blue-chip stocks and held on to them.

It isn’t a pleasant moment, but, just, for example, they died after they had grown in value to $5,000,000. The successor could arrange that estate in a way that the capital gains that would have been owed on the $4,500,000 unrealized gains ($5,000,000 current value – $500,000 purchase price) are forgiven. The successor would have never paid them. Their children will never have to pay them.

Don’t you think it’s better compounding at a lower rate with a holding you can maintain for the decades? Better than trying to flit in and out from position to position, always chasing after a few extra percentage points? Yes, it is.

Another reason blue chip stocks are popular is that they offer a safer position during economic disasters. The less experienced and poorer investors don’t think about this too much because they’re almost always trying to get rich too quickly. They are looking for that one thing that will instantly make them rich. It never ends well. Markets can collapse. You will see your holdings drop by substantial amounts no matter what you own.

Don’t let the other people deceive you.

One of the reasons blue chips are relatively safe is that dividend-paying stocks tend to fall less in bear markets due to yield support. Moreover, profitable blue chips sometimes benefit over the long-run from economic disasters. They can buy, or drive out, weakened or bankrupt competitors at attractive prices. The blue-chip stock sets the stage for much better results decades down the line whenever there is a market collapse.

As the conclusion, wealthy and successful investors tend to love blue-chip stocks because the stability means that the passive income is hardly ever in danger. Especially if there is broad diversification in the portfolio. If we ever get to the point that premier blue-chips are cutting dividends en masse across the board, then we will have much bigger things to worry about than the stock market. We’re most likely looking at a civilization disaster. And if it comes, who will care!

How to buy blue-chip stocks

Let us be clear. You don’t have to buy all the stocks that you consider to be blue chips. It’s not a shame to buy just a few stocks a month and don’t trade for several weeks or months even years.

There are many indices that consist of blue-chip stocks.

But as first, we have to see some things like Dividend Growth 50.

The Dividend Growth 50 (DG50) is a collection of the top dividend growth stocks in the market. It is the brainchild of Mike Nadel and was created by asking eleven of the top authors on Seeking Alpha to select their best 50 “all-occasion” DGI companies to make a new “Nifty Fifty” for today’s market.

Background of the Nifty Fifty

The “Nifty Fifty” was a group of high-growth stocks on the New York Stock Exchange in the late 1960s and early 1970s. They were widely held by institutional investors. These blue-chip stocks were bid up to extreme valuation levels as they were considered “one-decision” stocks, that were meant to be bought and never sold.

In 1972, the S&P Index’s PE traded around a 19 PE multiple, which was high by historical standards. However, with an average PE of 42, the members of the Nifty Fifty traded at more than twice those levels. Some of the highest multiples were owned by Polaroid (91), McDonald’s (86), Walt Disney (82), and Avon Products (65).

The high valuations were blamed in part for the stock market collapse of 1973-1974. Among them, Xerox, Polaroid, and Avon saw declines of 70-90%, and have never re-attained their prior success.

There is some research paper by Jeremy Siegel, some are nearly twenty years old, but offer some great insight into the Nifty Fifty. That research is demonstrating how valuations affected investor returns in the twenty-six years following the 1972 market peak.

In short, he concluded that paying up for growth was worth it, but that overpaying for growth generally was not.

He said, “Good growth stocks, like good wines, are often worth the price you have to pay”. Also, he acknowledged that the stocks with lower PE ratios tended to outperform those with higher ones. He also stated that “Diversification is a key to cutting risks and maintaining returns.

No one stock or single industry is guaranteed to succeed.”

Quiz yourself about The Benefits of Blue-Chip Stocks in the following quiz: 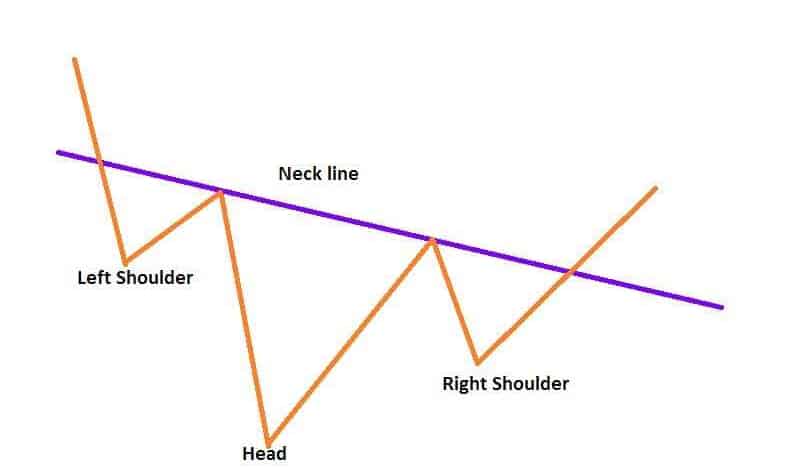 How the Market Behaves